Home » How To » How to Install Official CyanogenMod 12 Android 5.0.2 Lollipop Nightly ROM on Nexus 4
2

Finally, the first Nightly build of CyanogenMod 12 based on AOSP Android 5.0.2 Lollipop is now available to download for the Google Nexus 4 devices. The long awaited CyanogenMod 12 official nightlies announced by the CyanogenMod team recently for the Android users. CyanogenMod 12 nightlies will be available soon for the additional devices shortly as currently about 31 Android powered smartphones can take its benefits.

So you can install the CyanogenMod 12 nightly on the Nexus 4 (4th Generation) called “mako“. Go ahead and follow the given guide to update Nexus 4 to Android 5.0.2 with the latest nightly build. As this ROM in its nightly state, many smaller tweaks e.g IR support and CyanogenMod 11 features are missing in this nightly release or might not be functioning properly at this time but the developers are busy to fix these bugs and improve its new Material UI. 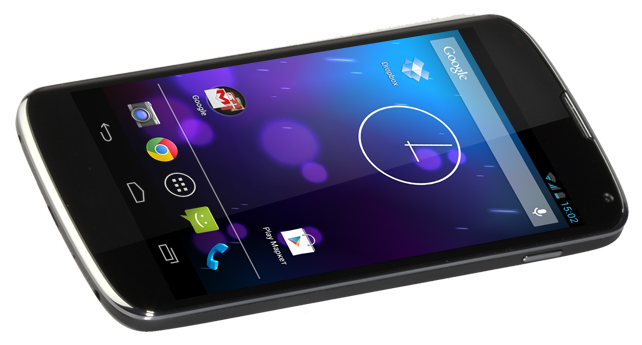 Do note that you cannot downgrade to CM11 without wiping after installing the CyanogenMod 12 nightly on your device, so you’ll need an Android Lollipop compatible recovery. This ROM (CyanogenMod 12 nightly) is only working with Nexus 4 mako. Do not try to install it on any other variant. As a result it might brick your device. Your can check the model number of your device by going to Settings > About phone > Model number.

AndroidXDA.net will not be held responsible for any kind of damage or mishap occurred to your device before or after the installation process of the CM 12 Android 5.0.2 Nightly ROM on the Google Nexus 4. Proceed at your own risk.

Follow the given instructions on how to install the Official CM12 Android 5.0.2 Nightly ROM on your Nexus 4 smartphone successfully.

Step No 1:- First, plug your Nexus 4 device to the computer via its USB data cable.

Step No 4:- Turn off the device in order to boot it into Recovery Mode.

Step No 5:- To do this, turn it on by pressing ad holding Volume Up + Volume Down + Power buttons at the same time. Release all the buttons once the Bootloader/fastboot menu appears.

Step No 6:- While your Nexus 4 is in CWM recovery, perform wipe data/factory reset, wipe cache partition and dalvik cache as well by navigating to advanced > wipe dalvik cache to prevent boot loops other errors while firmware installation.

Step No 7:- Go back to the main recovery menu and select install zip from sdcard > choose zip from sdcard. Find the CyanogenMod 12 ROM file that you have already copied to SD Card of your device. Select it and confirm the installation to proceed.

Step No 8:- Install the Google Apps (Gapps) package by repeating the above steps, just after flashing the ROM on the Nexus 4.

Step No 9:- Lastly, restart the device by selecting reboot system now to boot it into normal mode. Please note that the device will take some time while booting up for the first time as it will loads all the new files.

Done! You’ve successfully installed the Official CyanogenMod 12 Nightly based on Android 5.0.2 Lollipop on your Nexus 4 (Mako).

Let us know in the comments section below if you have any issue or question regarding the above guide to install CM12 Nighly ROM on your Nexus 4.

How to Update Galaxy S4 LTE (I9505) to Android 5.0.2 Lollipop with Resurrection Remix ROM